From history to present

Scroll to: The plantation / People / Our service / 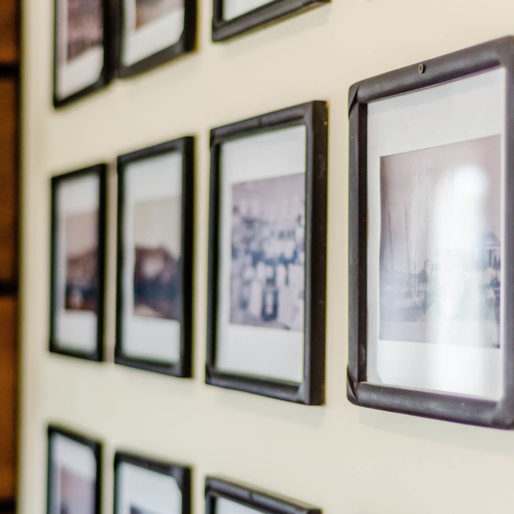 The Plantation Damasco is the official name of the plantation. But from the beginning, everyone called the plantation after the owner of the plantation, ocean skipper Jan Thielen, who owned the property since the late seventeenth century. Today, while the  plantation is still called Damasco, if you ask around on the island, you won’t find too many people that know where that is. Salt & Indigo Jan Thiel was a Salt Plantation, ideally located between the Salt lakes and the Caracasbaai. Indigo was also cultivated on the estate. The Indigo leaves,known for the deep blue coloring, were cultivated in stone bins, which are still located on the Plantation.

Jan Thiel was a salt plantation, ideally located between the slat lakes and the caracasbaai. Indigo was also grown on the plantation, the leaves of this crop were soaked in stone trays, which still can be found on the estate, to create the famous deep blue pigment.

After Jan Thielen, the estate passed into other hands ten times. Owners were noble men from Willemstad and they left the oversight of the plantation to an overseer.  Mr. Casper Arturo Perret Gentil became the owner in 1915, and he added a large orchard with 300 orange trees. The skin of the fruits where used for French perfumes and our own Blue Curacao. The animal herds flourished at the same time, there were many goats, cows and donkeys grazing on the estate. Salt extraction has long been a source of income, just ending in 1980.

From Ruin to a Glory

After 1980, the estate ran into disrepair and buildings were damaged by neglect. Luckily the family Spigt took on the job of renovating the estate, in which they succeeded tremendously! Since 2016, the estate has been owned by the family Evers.  They are so happy and blessed to experience this magical property, and they want to share that feeling with the rest of the world. 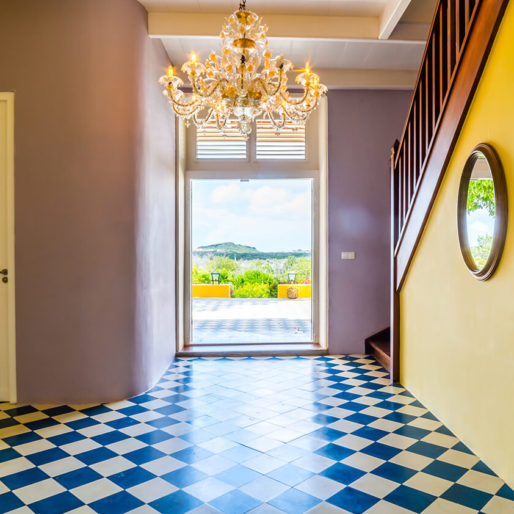 The estate of the plantation was, in the early days, stretched all the way to the coastline. Mr. Casper Arturo Perrit Gentil loved the ocean so much, that in 1924 he had a luxurious seaside resort built. This beach location is one of the most popular tourist hotspots on Curacao, and with this, the circle is figuratively round again. Bert and Mirjan are the present owners of Landhuis Jan Thiel, and overlook the beach in a little corner of the estate, which they developed together years ago.  This is home to different restaurants and beach clubs.

Together with their children Bert & Mirjan call the Koetshuis their home. When they heard that the estate was for sale, they did not jump for joy right away! Bert: “we do love space but 2 acres is too much for my family to live on”. Mirjan: “the magical atmosphere kept calling!”  They are hospitality entrepreneurs and decided to turn the historic Landhuis and some side building into a Bed & Breakfast. This way guests will be able to experience the same magical feeling. The daily management of Jan Thiel Lodge is in the hands of hostess Loeki ter Steege. Loeki also lives on the plantation in a beautiful kunuku house. Loeki: “To start this Bed & Breakfast was a dream come true! I have been managing Zanzibar at Jan Thiel Beach for years, a beach club with a high intensity of guests. Now on the private estate with just a maximum of 20 guests, I’ll be at your service to make this experience unique!” 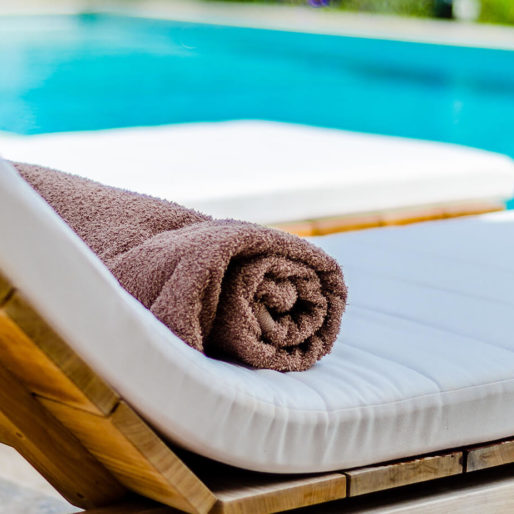 Jan Thiel Lodge is hidden in a green oasis. The backyard has its own entrance to the Salt Lakes, a nature reserve, the natural habitat and breeding ground for Flamingos. There are hiking and mountain bike trails or we can arrange horseback riding on one of our horses.

Find your spot on the plantation

Jan Thiel Lodge offers accommodation to a maximum of twenty guests. This guaranties that your visit will be as relaxing or adventurous as you want it to be. Of course, you are welcome to get a cup of coffee in the central kitchen, Loeki can make you a delicious breakfast, at the time and location of your preference, or enjoy a glass of wine on the terrace. There are so many private spots on the plantation, find one and make it your own during your stay!

All is possible!! Breakfast at 12, love to have your breakfast served in your room, no problem. Taking an early morning stroll through the Salt Lakes and want to have breakfast in a picnic basket to go, Sure! Lunch & Dinner? Just ask and we will accommodate, with or without private chef. There are mountain bikes on the plantation, or if you want to go with us on for horseback ride – all is possible. We use flexible check-in and out times, as it should be on this experience. At Jan Thiel Lodge our guests are our priority